It’s been a while, but we’re back, with two Shipwrecks / Shipwrecks-related shows. 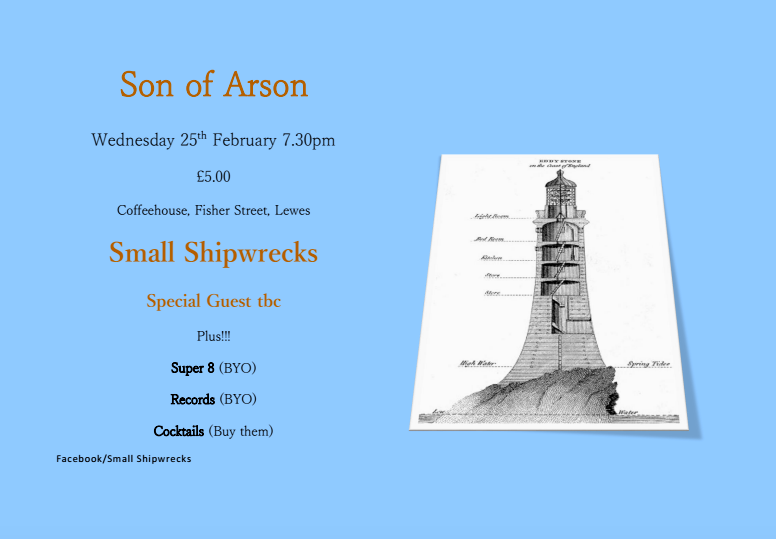 Launch of a new evening at one of Lewes’ best new spots, the Coffeehouse on Fisher Street. Son of Arson will feature music & spoken-word performances, cine film, cocktails and bring-your-own vinyl. Entry £5.

Matthew and Charlie will be playing, for the first time as a duo. 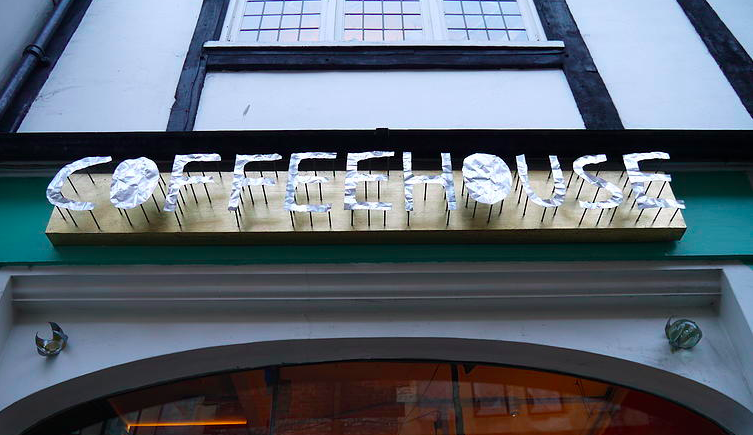 The first in a series of ‘Shipwrecks Presents’ shows at Sussex’s best-kept-secret venue, the Westgate Chapel in Lewes.

Performing as a duo for the first time, they are launching their first ever collaborative work. Walk Away, Walk Away is an atmospheric collection of noir songs from across pop, rock and folk, covering artists from Willie Nelson and Joni Mitchell to Yeah Yeah Yeahs and Voice Of The Beehive. It is themed around travel and absence; separation and journey; ancient pathways and empty freeways.

Gill & Chris are both multi-instrumentalists; expect piano, accordion, guitars and effects, alongside their sublime, unusual voices in harmony. There’s also a lot of dry humour in the album and live show.

Opening the show is the second outing for Swan Steps. This is Charlie’s solo project, which is building up a repertoire of songs inspired by childhood in Kent and the landscape and nature of the South Downs in Sussex. “Like First Aid Kit, but only one person and not a woman” (Joe Street).

Expect an intense, intimate performance to include some Shipwrecks tunes as well as newer material, including ‘I’ll Be the Line':

Tickets are already selling for this one, don’t leave it too late!